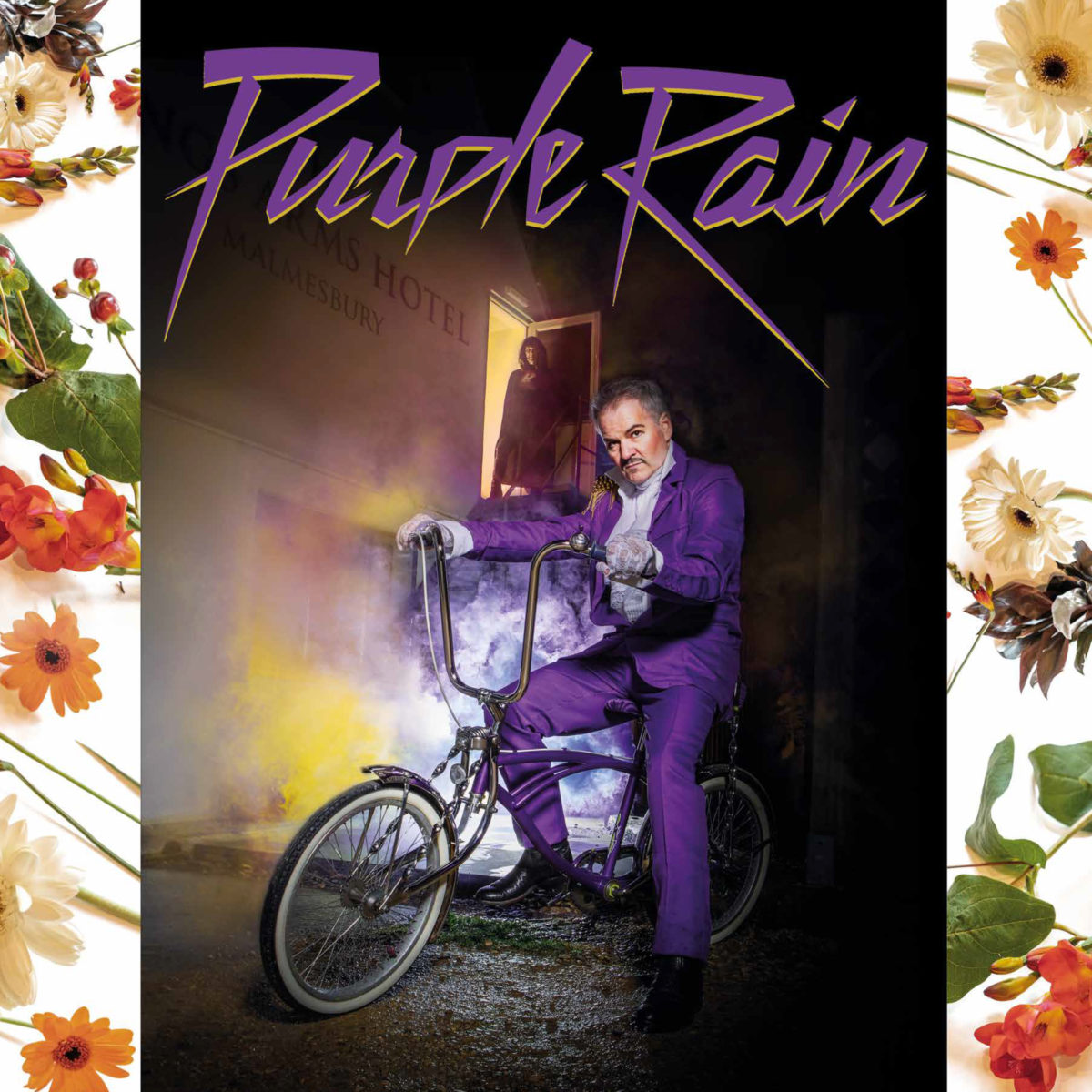 If you happened to be walking past The Kings Arms in Malmesbury on 18th November and wondered what the flashing lights and coloured smoke was all about……..well here it is. Now the gig is over I can happily share the ‘Album’ cover recreation that I was honoured to be able to shoot for Malmesbury’s Premier Musical Collective, formally known as The Longplayers! (nod to Mr Sturdy for that one!)

The Longplayers’ now legendary gigs take the form of choosing a seminal album, then rehearsing and performing within a couple of weeks, with a cast of a couple of dozen to a packed venue in Malmesbury, complete with decoration, costumes, badges, stickers and a recreation of the album artwork. Much as the performances are not those of a tribute band the album artwork is inspired by the original but not a copy of…… thankfully as we had no hope of finding a purple custom Honda motorcycle in the 3 week production schedule was slim!!! However, Dan, a good friend who I’ve photographed for this blog more than once, has an awesome purple lowrider.

The shoot itself was fairly straight forward, as far as these things ever are and a very special mention to Jon and Lucy for playing our protagonist and his love interest. Smoke Grenades, expensive studio strobes and buckets of water, plenty to worry about…..everything went smoothly and with a little bit of post-production we ended up with something we all are really proud of.