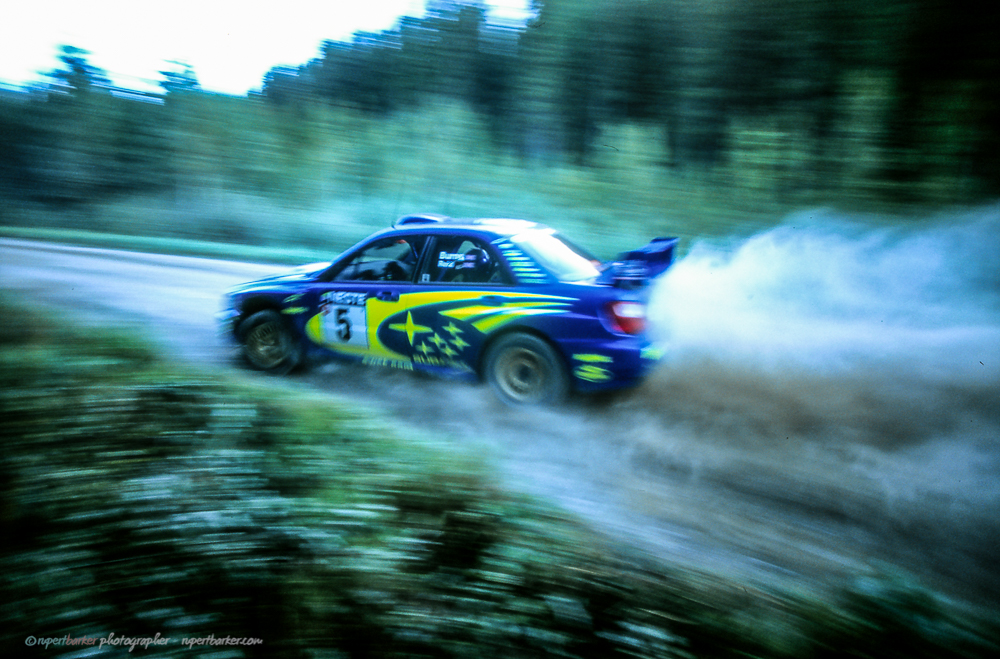 My first professional photography job was with LAT Photographic, part of Haymarket Publishing, I was an ‘Archivist’ of all the new images (transparancies back then) collating and filing all the images for the picture editors from Motorsport News, Autosport and all the other motoring magazines to be able to find them. I was also allowed to take some spare kit out and shoot some rallies, combining my hobby and my job – I was a bobble hat with a press pass! My first (and unfortunately only) full season shooting the WRC was 2001, Richard Burns became the first and so far only English World Rally Champion that year, sadly exactly 4 years later, 25th November, he lost his battle with brain cancer. Here are a few images from Cyprus, Finland and Wales of Richard Burns – World Champion. RIP Richard this world and rallying is poorer for your absence.